“Behold, children are a heritage from the LORD, The fruit of the womb is a reward. Like arrows in the hand of a warrior, So are the children of one's youth.” ~ Psalm 127:3,4 (NKJV) 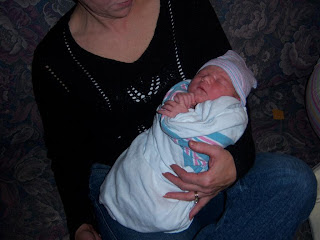 As most of you know, our family has been blessed with a new addition: Paige Ashley Umbehr was born at the Wesley Birth Care Center to Josh and Lisa Umbehr on October 23rd at 11:59 p.m. She weighed 8 lbs. 9 oz. and was 19 ½ inches long.

I was in Topeka when Lisa called to say that she was in labor, so I rushed home to pick up my suitcase and headed for Wichita as fast as I could. On my way there, I called Keen’s mom to share the good news. When I asked how late was too late to call, she replied that it was okay to call up until midnight, but after that she would wait until morning. So I guess little Paige wanted her great-grandma to get the news right away, because she was born exactly one minute before Grandma’s bedtime!

As any grandma would be, I was extremely excited about meeting our new grandchild. But my first tears were actually shed in the car as I neared my exit in Wichita and I heard Gary Allen come across the radio singing: “When tough little boys, grow up to be dads, they turn into big babies again.” It just brought back memories of our tough little boy who looked like a football player from birth, and who was now about to become a proud father once again. 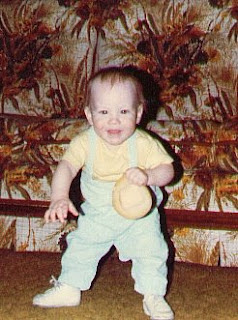 Lisa’s mom Linda arrived earlier than I did and was able to provide some tender loving care to Lisa while she was in labor. I joined them around 10:30 when things were really starting to heat up. A while later Linda and I left the room because Lisa wanted to be alone with Josh during the final stages of labor and through the delivery. After visiting in the lobby for about 40 minutes, Linda and I decided we’d better check on Lisa’s progress. As we approached her room, we saw nurses from all four corners of the facility making their way down the hall. “What’s happening?” we asked. “I heard she’s ready to deliver,” a nurse explained excitedly.

Linda and I were like two little kids waiting for Santa Claus as we anxiously waited in the hall. I’ve said it before, and I’ll say it again, our daughter-in-law is a strong woman and a champion child-bearer! She had Katelyn all natural, and now she was doing it again. I had my children naturally, too, but the difference between me and Lisa is that you could have heard me screaming 3 blocks away. I remember during one of the deliveries digging my fingernails into Keen’s forearm and saying: “This – is - not - sur-vivable!”

“If nature had arranged that husbands and wives should have children alternatively, there would never be more than three in a family.”

But not Lisa; she barely made a peep throughout the entire process. On the other hand, we could hear Josh loud and clear joking with the doctor and nurses about how when Katelyn was born he told Lisa he was going to shout, “It’s a boy!” no matter what. At this point we received the only clue that there was a woman on the other side of the door laboring to bring forth a child when we heard Lisa very distinctly and firmly say: “Shut up!” Linda and I just smiled. Soon we began hearing comments like, “You’re almost there! One more good push!” We just held hands and listened intently until we finally heard, “It’s a girl!” followed by the beautiful sound of our new granddaughter’s first cry.

“Every child born into the world is a new thought of God, an ever-fresh and radiant possibility.”

After we got our chance to hug the parents and hold precious Paige, Linda and I drove back to Josh and Lisa’s house where Grandpa Gary was babysitting Katelyn. When we arrived, Katelyn was awake. I think she sensed all the excitement. So Gary and Linda left for the hospital while I tried to feed Katelyn a bottle and rock her back to sleep. But she wasn’t having any of that, so I decided to load up the car seat and take Katelyn to meet her new little sister. When we walked in the room, Lisa’s eyes filled with tears as she held both of her little angels in her arms for the first time. Katelyn was so happy to see Mom and Dad, and she seemed curious about this little bundle Mommy was holding. At one point she patted Paige’s little cheek ever so softly. (Josh and Lisa have been working on teaching her to be “gentle” for quite some time.) Then Katelyn made the hugging motion by wrapping her own two arms around herself. 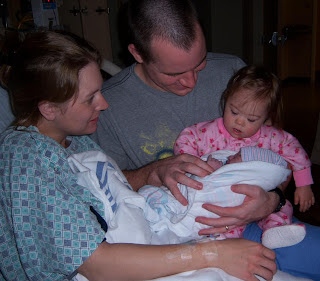 Josh commented that Katelyn was probably thinking, “Don’t forget me, Mom. New things are nice, but I’ve been around a lot longer than her. I’m an oldie but a goodie!” 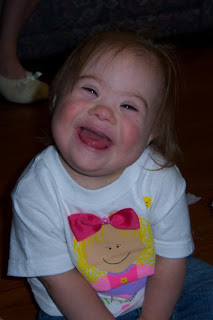 Then he jokingly added that he’d have to explain to Katelyn that Mommy could only love her half as much now that there were two children in the family. Without skipping a beat, Lisa replied: “That’s not true, is it Katelyn. Mommy’s heart grew last night.”

All of our hearts grew that night.

Welcome to the family, Paige Ashley. We love you! 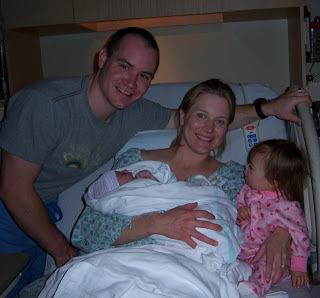 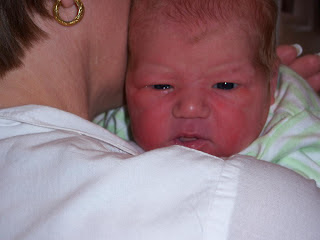 Posted by Eileen Umbehr at 8:52 PM