One in a Million Dream


"I have learned, that if one advances confidently in the direction of his dreams, and endeavors to live the life he has imagined, he will meet with a success unexpected in common hours."

This past weekend Keen and I attended the Symphony in the Flint Hills near Eskridge. It was an incredible experience to be seated in the open prairie with 6,000 people listening to beautiful music while enjoying a breathtaking view of the Flint Hills and a sunset painted by the Creator’s own hand. 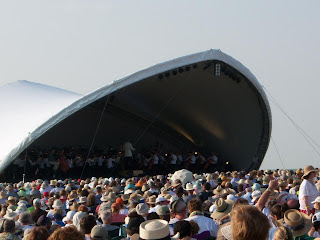 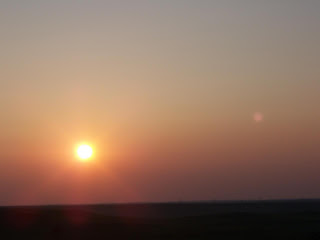 On a different subject; recently I was talking with an author who said that he spent five years and tens of thousands of dollars on agents who assured him that he would get his fees back when they located a publisher for his book. The publisher never came, and he ended up self-publishing. He stated that he doesn’t anticipate recouping the money spent; however, the book has opened doors for him with his consulting business. He also gave me the statistics on how difficult it is for new authors to be picked up by one of the big publishing companies, and it is literally one in a million. That’s why he advises other first-time authors to have a primary source of income and not to plan on using their book as a revenue stream. While his advice was discouraging, it was true and helped confirm that I was making the right decision by self-publishing.

Lately my manuscript editor and I have been fine-tuning some of the details of the book before I turn it over to Xulon Press. This week she will be proof-reading it one more time in hopes of catching any grammatical or spelling errors before it goes to press. By next week, I should be ready to send it off to Xulon, and after that we’re looking at 45-60 days before it will be available to the public. At that time, anyone who wants to buy a copy will be able to go to several different web sites to purchase the book – and that will be that.

Although I would have liked to strike a deal with the New York Literary Agency which expressed interest in my book early on, I am satisfied with knowing that I accomplished what I set out to do – even though it took me much longer than I originally anticipated. This version of the book is well documented and tells both sides of the story. It contains letters from lawyers, newspaper articles, minutes of commission meetings, judges'rulings, court transcripts and personal experiences we had along the way which arose from Keen’s decision to express his personal opinions about the actions of the Wabaunsee County Commissioners. As I have shared with you before, the sequel to this book will be the version I am most anxious to share. It will contain word for word excerpts from my personal journals, portraying the behind-the-scenes realities of what it was like for our family to withstand years of conflict culminating in a five-year legal battle.

I’ve always had a dream that there would be a book and a movie about our story, and with the publication of this book, part of that dream will become a reality. I have personally been inspired by so many movies based on real life stories about people who overcame difficult circumstances. Our story conveys such a tale, but only because God’s grace was with us every step of the way. We claim no personal credit for the unexpected events that have arisen from such an unlikely tool as a trashman and his wife. How could we? The only explanation for why or how we survived fifteen years of on-again, off-again conflict with the commissioners is by the grace and goodness and faithfulness of God.

The Bible says that as the Heavens are higher than the earth, so are His ways higher than our ways, and His thoughts, than our thoughts. It also says that we should not despise the days of small beginnings. So if God can use a trashman to change the law of the land for private contractors across the nation, then who knows what He can or will do with my simple, self-published book. All I know is that I believe God is still in the miracle-working business and that all things are possible for him who believes.

“. . . [A]s the Scripture says, What eye has not seen, and ear has not heard, and has not entered into the heart of man, all that, God has prepared – made and keeps ready – for those who love Him, that is, for those who hold Him in affectionate reverence, promptly obeying Him and gratefully recognizing the benefits He has bestowed.”

In closing, I would like to share something that my stepmother emailed me recently. I think it ties in perfectly with the message I am trying to convey.

“When you see God’s hand in everything, it is easy to leave everything in God’s hands.” ~ Anonymous

A rod in my hands will keep away an angry dog.
A rod in Moses' hands will part the mighty sea.
It depends whose hands it's in.

Nails in my hands might produce a birdhouse.
Nails in Jesus Christ's hands will produce salvation for the entire world.
It depends whose hands it's in.

So put your concerns, your worries, your fears, your hopes, your dreams, your families, and your relationships in God's hands...
Because it depends whose hands it's in.

"Now unto Him that is able to do exceeding abundantly above all that we ask or think, according to the power that worketh in us."

More Scenes from The Symphony in The Flint Hills 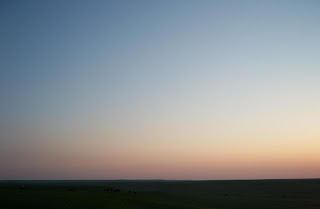 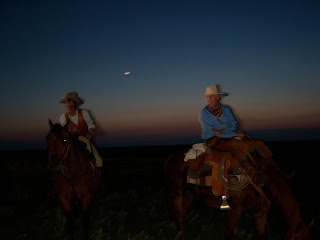 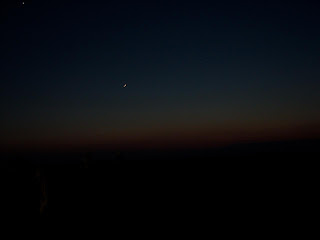