“And above all things have fervent love for one another, for love will cover a multitude of sins." ~ I Peter 4:8

I would like to dedicate this belated Valentine column to Keen, my husband of nearly 29 years, my one and only Valentine, my first and last true love, my joy, my heart, my soul, the one who makes me laugh, and in whose arms I feel like nothing else in this big old world really matters, as long as I have his love.

Has ours relationship been the stuff fairytales are made of – a so-called “storybook romance?”

But if, by storybook, you mean that in nearly 29 years of marriage we’ve never had any problems, then No – with a capital “N.”

I’ve often said that every fight we’ve ever had was started – and ended – by me. It’s sad, but true. I would probably be divorced several times over if I hadn’t married Keen. He has been the true picture of what love is really all about. He has seen me as that “diamond in the rough,” and thanks to his patience and kindness, he has brought out the best in me, despite my all-too-slow process of maturing and changing. Keen has never stopped loving me in good times and in bad, and for that reason, we are still together. And he continues to give me more credit that I deserve for being the “wheels that make his wagon work.” He tells me that he could not live without me if I should go first. When I spent a week in Mississippi recently, he said he missed me more than he ever had. (I didn’t know that was possible after the beautiful love letters he sent while I was in Nevada.) Upon my return from Mississippi, he took me in his arms and held me tight. “I’m not as confident without you,” he said. “I’m not as happy, or as peaceful; I’m not myself.”

This past weekend we decided to go to Kansas City. As it turned out, Josh and Lisa were free, so we enjoyed spending time with them and Katelyn. After we returned home and got settled, we decided to watch a television show. Before long, Keen was snoring, so I covered him up and kissed his forehead. This morning when I woke up I found a note he had taped to the bathroom mirror:

Eileen: Today is the morning after our weekend to KCK. I have to go to work. I don’t really want to. I want to stay home with you. I miss you already. Last night, when you put me to bed, I felt so loved, so cared for. I needed that. It somehow refreshed my soul. I love you, Eileen. You are the only thing in my life that matters. Without you, I am nothing; with you, I can do anything! You give me such strength. I will be thinking of you all day. Love, Keen

The truth is that I feel the exact same way about him. During times when we are not seeing eye-to-eye, I can hardly function. I can’t write my column or accomplish much of anything. In fact, I can barely think straight.

“Again, if two lie together, then they have heat: but how can one be warm alone?” ~ Ecclesiastes 4:11

But every couple goes through seasons that are more difficult than others. For us, that season has been the past two years. Starting with the unexpected death of my sister Patricia, Keen’s graduation from law school, followed by an intense summer of non-stop preparation for the bar exam, Hurricane Katrina wiping out Jared and Erin’s apartment that fall, my sister’s and my cancer diagnosis and subsequent mastectomy the following spring and summer, all of this while Keen was just getting started with his law practice and opening two offices. During times of high stress, it’s easy to take your frustrations out on each other. But those are the times when you need to spend more time on your relationship, not neglect it; build each other up, not tear each other down.

Sometimes just talking about how you’re feeling helps a lot. Don’t keep things inside. Be honest with your spouse, and that will help them to better understand your struggle. The Bible says that a “three-fold cord is not easily broken.” If we drift apart from each other or God, then we lose our strength.

“Separately, we are as fragile as reeds and as easily broken. But together, we are as strong as reeds tied in a bundle.”

Has our marriage been without its seasons of struggle or strife? No. But has it been worth it to work through those dark times? Absolutely. That’s why, on June 10, 1978, at 4:00 in the afternoon, we pledged before God, our family, and our friends, that we would love each other unconditionally for better or for worse, in good times and in bad, in sickness and in health, in joy as well as sorrow, as long as we both shall live.

“Therefore shall a man leave his father and his mother, and shall cleave unto his wife: and they shall be one flesh.” 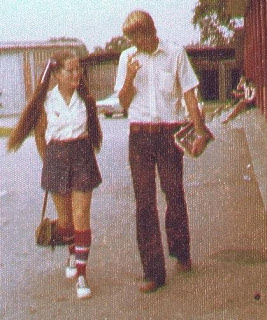 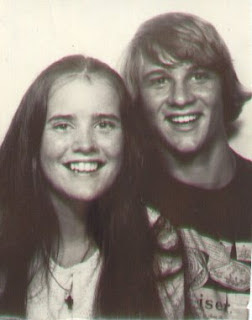 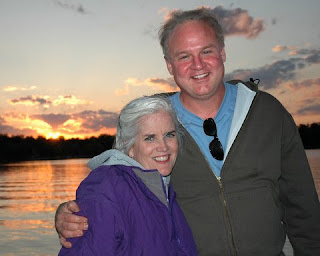 Posted by Eileen Umbehr at 2:28 PM