“Those who trust in the Lord are like Mount Zion, which cannot be shaken but endures forever. As the mountains surround Jerusalem, so the Lord surrounds his people both now and forevermore.”
~Psalms 125:1-2

As I sit down to write this column, it is 2:45 in the morning on Saturday, July 1, 2006. My surgery took place as scheduled ten days ago, and I am happy to report that everything went fine.

During the days leading up to my surgery, I had several emotional meltdowns. The fear and anxiety seemed insurmountable. One night I was crying and I told Keen that I didn’t want to lose my breasts. He replied, “You’re not losing your breasts, you’re gaining your life.”

“No matter what might be happening in your life right now, take a deep breath, relax and let your thoughts be still. Just as darkness gives way to dawn, so does despair create a new beginning. Never allow yourself to forget that it is from the darkest moment of the night that each new sunrise is born.”

One of the ways I believe the good Lord readied me for the big day was to send people across my path to offer just the right words of encouragement, such as several breast cancer survivors who visited with me before my surgery. When my sister-in-law Kihm heard me say that I felt like I was “doing this to myself” since I had other medical options, she reminded me that I wasn’t doing this to myself, I was doing it for myself. Our oldest son Jared called from Iraq to offer his support, and he emphasized how fortunate I was to be taking this step as a preventative measure. My sister Mary recounted something our mother said while sitting in the waiting room of a doctor’s office during her own battle with cancer. Mary said that Mom pointed out another patient and commented, “She’s lucky – she only has to get a mastectomy.” Although that statement may sound oxymoronic, it really isn’t, because my mom would have done anything to “only” have to get a mastectomy. After hearing that story, I thought to myself: “If Mom were here, she wouldn’t want me to feel sorry for myself because I was losing my breasts; she’d want me to be thankful that was all I was losing.”

"What the caterpillar calls the end of the world the master calls a butterfly." ~Richard Bach, American Author 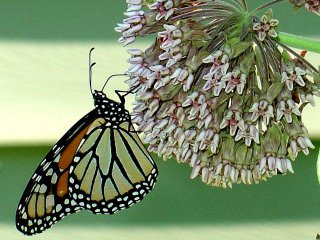 The night before surgery my sister Peggy called to let me know that she was thinking of me and praying for me. Before she hung up, she said, “Just remember that you have been the person you are for 47 years, and this surgery isn’t going to change that. You are going to be the same person that we love the day after the surgery as you were the day before your surgery.” For some reason, that was a real light bulb moment for me. It also tied in perfectly with something our son, Keen II, shared with me the morning of my surgery when he called to wish me well. He said that recently he’d been contemplating the concept of happiness and he came up with this quote: “Happiness is the ability to maintain a positive attitude despite circumstances that are beyond your control.” The combination of Peggy and Keener’s comments helped me realize that this surgery didn’t have to change me any more than I let it. If I choose to let it depress me, it will. And if I choose not to let it affect how I feel about myself, then it won’t.

“Your mental attitude will lead you into the light or hold you in darkness. It will lead you to hope or despair, to a glorious success or a miserable failure, and it is entirely within your own power to choose which it shall be."
~ Orison Swett Marden, Early 20th Century Success Writer

With the help of God and all the many angels He sent my way, I finally felt prepared for surgery, and I realized that even the pre-surgery meltdowns were a necessary part of the grieving process.

On June 21st, Kihm drove me to St. Francis Hospital, with Keen and Kirk following right behind. After checking in, I underwent a pre-op procedure where they injected radioactive dye into my left breast in preparation for a sentinel node biopsy. That’s when they remove some lymph nodes from the affected breast in order to test for microscopic cancer cells. If the pathology report indicates lymph node involvement, then further treatment (in the form of chemotherapy and/or radiation) is required to combat the spread of the cancer.

Eventually the moment of truth arrived, and I was wheeled off to the operating room around 4:30 p.m. Although I was scared, I felt very peaceful and confident about my decision, and I was anxious to get the surgery over with. 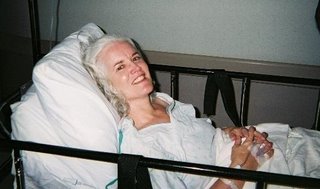 When I woke up in the recovery room, I was pretty groggy and the room was spinning a little bit. I remember asking if I could talk with Dr. Berntsen. She came to my bedside to tell me that everything went fine and the lymph nodes did not appear to be cancerous. (A few days later the pathology report thankfully confirmed that the lymph nodes were clear and there was no invasive cancer found in any of the breast tissue.)

After they moved me to my room, Keen, Kihm, and Kirk were all waiting for me. 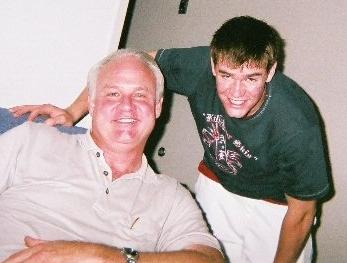 The first thing I remember was Keen’s smiling face by my bedside. “I’m so proud of you,” he said. “You did this for us; for me, for our sons, and for our grandchildren. Thank you.” 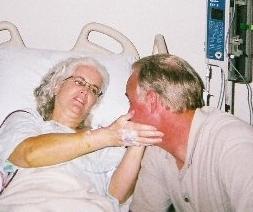 I felt such a sense of relief after the surgery was over, that the loss of my breasts almost seemed like a non-issue. I was just so happy that I had come out on the other side, and I only needed minimal medication for the pain. After Keen and Kirk left for home, Kihm and I stayed up talking – or should I say, I stayed up talking, and Kihm listened! Bless her heart, I’m sure that she was exhausted and would have welcomed a good night’s sleep, but instead she sat by my bedside the whole night while I verbally processed all of my thoughts and feelings. Then when I was finally ready to wind down, Kihm read to me from a book I brought along.

Even though I only slept for two hours that night, when I woke up the next morning I still felt pretty good. Then Keen stopped by to see me, and we went for a stroll around the halls of the hospital. When Dr. Berntsen arrived, she said that everything looked fine, and since I was able to walk around then I could be released. 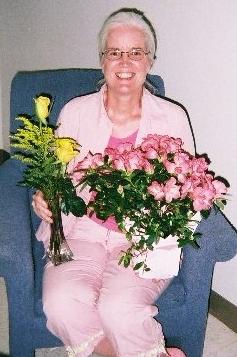 After returning home, Nurse Kihm did an amazing job of taking care of me. She kept track of my pain meds and basically waited on me hand and foot. Not only did she take care of me, but she took care of Kirk who had to have his wisdom teeth removed two days after my surgery. I honestly don’t know what we would have done without her. 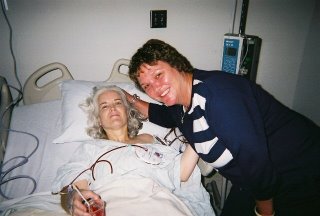 Eileen and Kihm after surgery

The next major milestone came when it was time for me to remove the surgical bandages and observe the scars on my chest for the very first time. I started out by taking little peeks, and worked my way up to the full view. I must admit that it was a sight for sore eyes as parts of my chest looked pretty disfigured. But I just thought, it is what it is, and I reminded myself of all the valid reasons I had for doing this. Besides, I didn’t go in for cosmetic surgery.

After returning home, my next challenge was to show the scars to Keen. When we went for a morning walk, I forewarned him that the scars were ugly. Right away he stopped me and said that I should never refer to them as ugly, because they represented the battle I fought and won. “Your scars are your badges of courage,” he said.

Later on when I hesitatingly revealed my chest to Keen, he looked at me with gentle eyes of admiration and smiled. “Your scars are not ugly,” he replied. “They’re beautiful . . . just beautiful.” Then, he put his hand over his heart and softly said, “It’s an honor to look at your scars.”

As the tears streamed down my face, my heart overflowed with gratitude to God for blessing me with a husband who, like Him, loved and accepted me . . . scars and all.

“Pleasant words are a honeycomb, sweet to the soul and healing to the bones.” ~Proverbs 16:24 (NASB)
Posted by Eileen Umbehr at 9:20 AM