On the Wings of Love

"Let no one despise or think less of you because of your youth, but be an example (pattern) for the believers, in speech, in conduct, in love, in faith and in purity."~ I Timothy 4:12

“Do you know that your soul is of my soul such a part, that you seem to be fiber and core of my heart?” ~ Excerpt from “To My Son” by Margaret Johnstone Grafin

Time got away from me this week, but I wanted to share a collection of poems in honor of our youngest son, Kirk Van, who will be turning 17 on April 2nd.

I remember the day we brought my little namesake home from the hospital (my former last name was Van Kirk, so we just reversed the order). It was Election Day that year and Keen was running for a seat on the local school board as well as the Alma City Council. With our newborn son in tow, and my hospital band still on my wrist, we drove straight to the voting center to cast our votes. Keen joked that he would get elected even if he had to raise the voters himself! (He did win both races.) 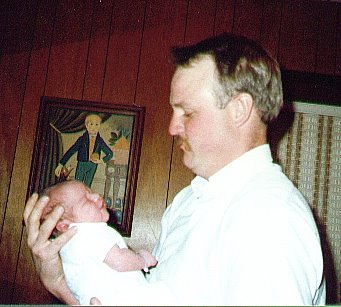 I have often said that Kirk Van was born responsible. All his life, I never had to prod him to do anything, from making his bed to doing his homework – he’s always just known what he needed to do and done it. As his principal said to me recently, “Kirk really steps up to the plate and takes care of business.” In fact he just earned straight A’s on his report card – and he’s taking some challenging courses such as Chemistry, Advanced American Literature and Algebra II. On top of that, he played on the basketball team, joined a paintball club, and just got a job as the youngest disc jockey ever hired by Complete Music in Manhattan. Kirk is, and always has been, beyond his years.

In Catherine Marshall’s book, “To Live Again,” she writes about the loss of her husband Peter, and the difficult process of letting go of her son, Peter, who attended a prep school in another state. She wrote: “…as love is progressively purified, possessiveness is dropped out. The deeper and truer the love, the more completely it releases the beloved. . . .As my child was growing up, I saw an analogy in my love for him. The highest function of my mother love would be fulfilled when my love was strong enough to cut the apron strings and let my . . . child move off into his own life. I would succeed as a mother only when I had so reared my child that he would no longer have need of me. Yet this is not tragedy; it is growth. This is no betrayal of love. This is love.”

Not too long ago I saw a television story on 20/20 about mothers who were still calling their kids in college to wake them up for class. One mother said it usually took four telephone calls before her daughter would finally get up for good. An expert on the show commented that while the mother feels like she’s doing the right thing, she’s actually doing the opposite, because she is unintentionally sending a message to her child that: “I don’t think you’re capable of managing your own life, so I will do it for you.”

"Spoon feeding, in the long run, teaches us nothing but the shape of the spoon." ~ E. M. Forster

This is a poem I wrote for Josh after he transferred to Manhattan High in 1997 during his junior year in high school:

Roots and Wings
By Eileen Umbehr

Some people say,
There are only two things,
That you can give your children,
One is roots; the other, wings.

They'll have their share of ups and downs,
At times the skies will be bleak,
But we must allow them to spread their wings,
Even if they bump their beaks!

It's hard to know when to let them go,
Some are ready sooner than others,
But no matter when that time comes,
It’s always hard on their mothers!

But deep down in our heart of hearts,
We have always known,
We can't keep them with us forever,
One day they will be on their own.

And we really wouldn't want it,
Any other way,
We have to allow them to fly and be free,
Even though we wish they could stay.

So we'll raise our children
With faith, hope and love,
And a prayer that God will watch over them
From Heaven up above.

Then when the time arrives,
For them to leave the nest,
We’ll wave good-bye with a tear in our eye,
Knowing that we've been blessed.

“A ship in harbor is safe, but that is not what ships are built for.”
~ William Shedd

This next poem was written for Kirk when he was just six months old: 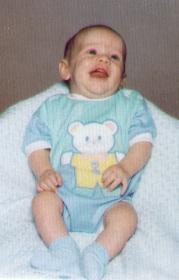 For Kirk
With love from Mom

You are the youngest of our four sons
Our pride and joy, our precious one

Loving you, holding you
Makes our heart sing
Kirk, we wouldn’t trade you
For anything! 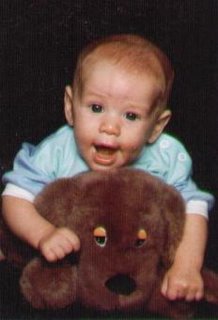 And this is the latest poem I wrote for Kirk Van:

On the Wings of Love
(For Kirk)

My child, fly free
With the wind on your face
In this brave new world
To discover your place

There will be challenges, obstacles
And goals to pursue
But with the Lord as your Shepherd
You’ll always know what to do.

We know that you’ll go far
With help from up above
Just remember that you’re flying
On the wings of love.

You're gonna fly with every dream you chase
You're gonna cry, but know that that's okay
Sometimes life's not fair, but if you hang in there
You're gonna see, that sometimes bad is good
We just have to believe, things work out like they should
Life has no guarantees, but always loved by me
You're gonna be 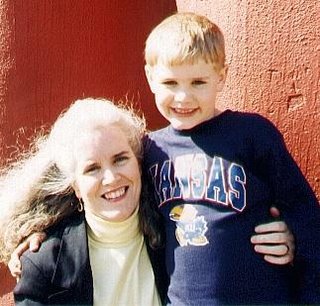 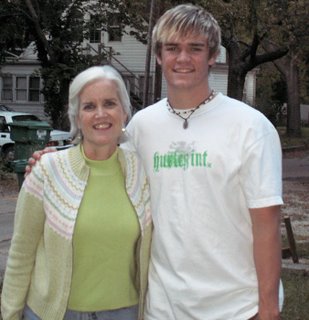 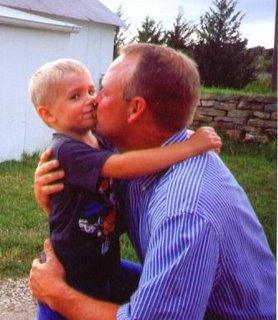 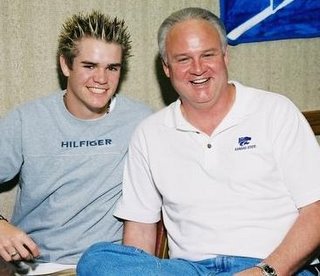 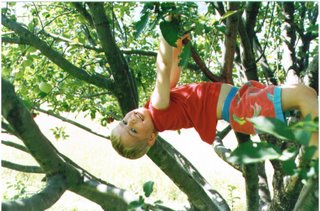 Posted by Eileen Umbehr at 7:11 AM