Recently I was talking to a friend of ours who has been married to his high school sweetheart for nearly 40 years. He was lamenting the fact that his two children have not been so lucky in love, although they are both happily married now. “Well,” I said, “sometimes you don’t find the right person on the first or even second try.”

When my sister Peggy’s five year marriage ended over thirty years ago, I remember writing a letter encouraging her not to give up on love. In that letter I shared the following words to a song whose author I no longer recall.

Take another little look at love again
Forget the one who came and took your love away
Everybody knows you’ve got the time to grow
Another little bit of love in your heart.

Well, Peggy did “take another little look at love again,” thank God, and she has been happily married to her husband Jim for over twenty years now. As an added bonus, Jim brought a beautiful daughter named Melissa into the family.

This is a poem I wrote for Melissa several years ago.

You came into our lives as a toddler,
and you've been with us ever since;
Our family is blessed to know you,
of that I am convinced.

We've watched you grow up through the years,
into the lovely young woman you are;
We are all so proud of what you've accomplished,
to us, you're a bright, shining star!

You have added such joy to our family,
and enriched it more than words can say;
We just wouldn't be complete without you,
and our love for you grows day by day.

On this, your 19th birthday,
we pray that you will be blessed,
And we want you to know that we love you,
And wish you all of life's best!

Since then, Melissa has graduated from college, started a promising career, purchased her own home, and become engaged to the love of her life, Mark. Our family was so excited about the upcoming happy event that we decided to attend the wedding in lieu of the annual Van Kirk reunion. In fact, our brother Bob’s two kids, Caitlyn and Connor, will be in the wedding.

Last year I read an uplifting book by SQire Rushnell (that’s not a typo – he capitalizes the second letter in his first name) titled, When God Winks on Love: Let the Power of Coincidence Lead You to Love. SQire is a former ABC television executive who found love after two failed attempts. He says that some couples are like pieces of a puzzle that just don’t fit; when you try to force them together, both pieces just end up getting damaged and hurt.

SQuire is currently married to Broadway actress and comedic impressionist, Louise DuArt, whom he had met thirty years earlier when he cast her as a comedienne for a Saturday morning television show (her first big break on TV).

“Godwinks, like a wink from Dad or Grandma that said, ‘Hey kid, I'm thinking of you right now,’ are little signposts from above reminding you that you are always on a sort-of Global Positioning System. You're never alone.” (www.whengodwinks.com)

The book is full of inspiring short stories about couples who found love after some amazing coincidences led them to each other.

I set out on a narrow way many years ago
Hoping I would find true love along the broken road
But I got lost a time or two
Wiped my brow and kept pushing through
I couldn't see how every sign pointed straight to you
Every long lost dream led me to where you are
Others who broke my heart they were like northern stars
Pointing me on my way into your loving arms
This much I know is true
That God blessed the broken road,
that led me straight to you

A few weeks ago, a book by Donna Hanover titled, “My Boyfriend’s Back: True Stories of Rediscovering Love with a Long-Lost Sweetheart,” was featured on the Oprah Show. After her divorce from former New York mayor Rudolph Giuliani, Donna rekindled a relationship with her high school boyfriend, Ed Oster, and the two eventually married. After realizing that her experience wasn’t unique, she decided to interview other couples with similar stories.

“Hanover writes in a chatty, accessible style, adopting the tone of the experienced best friend . . . Exploring the myriad ways rekindled love is different from new love and why so many couples are reuniting now, Hanover also details the role of the Internet in this trend, and offers some recommendations-and some warnings-for aspiring "reunitees." (Editorial Reviews from Publishers Weekly, Amazon.com.)

One Way Ticket (Because I Can) ~ recorded by Leann Rimes

Finally, I’d like to share a heartwarming story about “love’s second chance” from my friend, Kenneth Eck. Kenneth is a semi-retired pharmacist from Healdton, Oklahoma who writes a weekly newspaper column for The Healdton Herald called “Oilpatch Mania.”

The following account of how Kenneth met his first wife won a prize for best story.

How I met my Sweetheart
By Kenneth Eck

I attended high school with my future wife, but we were not well acquainted. Her impression of me was that I was a senior, snobbish and fickle, running with a fast crowd. I knew her parents, knew her name, but thought of her as one of the giggly sophomore girls, a church going girl and I am not sure I could put a face with the name. In later years she was employed as a beautician in a shop across the street from the drug store where I worked. She came in, frequently, to patronize the soda fountain. There was, admittedly, some flirting going on between us. I always felt kinda foolish in her presence. She apparently had made a reassessment and was, more than likely, seeking a stronger relationship. One evening, remember drug stores stayed open late in those days, she came in wearing a dazzling, new, red dress. This really took my eye, and with all eyes on her she took a seat in one of the booths. Wow! She was amazed to discover a wad of chewing gum, left on the seat, was attached to her new skirt. I, envisioning myself as a Lancelot, coming to the aid of a damsel, in distress, with a pint bottle of acetone. After all I had removed gum from seats, counters and floors with acetone. It worked wonders. Unfortunately, I was not aware that the dress and underlying slip were made of some of the new synthetic fibers that were beginning to be popular. A splash of acetone on a big ball of cotton, applied to the gum, and lo and behold it removed the gum and dissolved the dress material and the slip beneath it right before our eyes, just like magic. I know my face was a stop-light-red, and stammering and stuttering I tried to explain that I would pay for the dress, do anything to assuage her feelings. She was very gracious, much more than I would have been if the circumstances were reversed, and left the store refusing any help. She returned a short time later with a fresh change of clothing. I was still stammering my apologies. The incident dissolved the fabric, but served to cement the relationship. A year later we were married. We were married for 48 years when I lost her due to a tainted blood transfusion that caused the fatal non-A non-B Hepatitis.

Kenneth had three sons with his first wife, all of whom are very successful. In April of 1989, he was blessed to marry his second wife, Lorraine, a widow with two grown daughters. When I asked Kenneth how he and Lorraine met, this was his reply:

“I had known Lorraine a long time. She and her husband moved here and she taught in a school four miles from here. They moved here when I was in the Navy in W.W. II, so I did not know them until later. He was a butcher in a local grocery store. One of the best butchers in the area. When television came along, he took a course in that and went into business for himself. He was very successful and a good investor, also. She taught in three area schools, including ours. When he went into the T.V. business she began teaching piano and vocal at home. I bought my first T.V. from him, and of course just knew her as a drug store customer, mainly. She belonged to a bunco club that met once a month. I was invited to a Christmas bunco party at a friend's house, and realized that she would make a good companion to go places, and was encouraged by my sister, who had moved in with me after my wife died. So we went out to eat now and then, over a period of time.....and it all came about from there.”

So you see, young or old, it’s never too late to take another little look at love again.

"A thought transfixed me: for the first time in my life I saw the truth as it is set into song by so many poets, proclaimed as the final wisdom by so many thinkers. The truth--that love is the ultimate and the highest goal to which man can aspire. . . . The salvation of man is through love and in love." 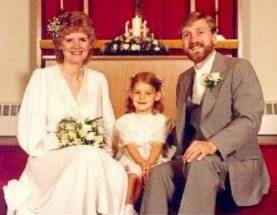 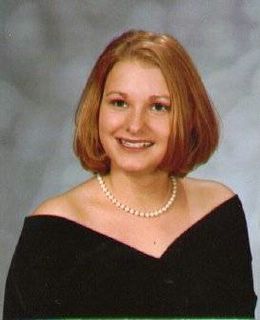