It’s that time of year once again
Time to reflect on family and friends
Time to remember, in prayer and thought
Time to thank God for the blessings He’s wrought.

2004 has been eventful indeed
Although it’s flown by with amazing speed
Keen will soon complete his time at Washburn Law,
The thought of nearing his goal, gives him a feeling of awe. 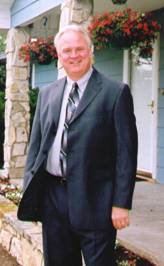 Graduation is set for May 2005
We’ll be counting the days until it arrives
Then it’s time to prepare for the bar exam in July
He plans to study non-stop, so nothing goes awry.

Eileen has completed a goal of her own
Her book on the Supreme Court is finally done
Now it’s in the hands of an editor so dear
In hopes of finding a publisher by this time next year.

Jared’s still in the military for two more years,
Then he’ll decide whether to make the Navy a career.
Erin’s almost done with her nursing schooling,
Trying to study with two kids has been quite grueling.

Speaking of the boys, ages five and two,
Asher’s in pre-school and Gabe likes Blue’s Clues.
In December the airlines ran a special deal,
So Gramma flew to Ohio, so kisses she could steal! 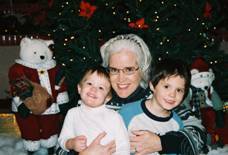 Josh & Lisa are the newlyweds, still very much in love
Their busy, busy schedules require help from up Above.
Josh is doing well in his second year of med school,
And Lisa is in nursing, while still working like a mule. 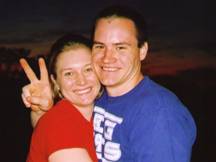 Keen II, our adventurer, started a new job this year
He works on computers for the State and gets along well with his peers.
A Yamaha motorcycle was a dream come true
He’s been wanting one of those since he was in grade two!


Kirk Van, my little namesake and the youngest of our four
Is growing up so much, he’s not a baby any more
He likes hanging out with his brothers and going to the mall
But the two loves of his life are his girlfriend and basketball. 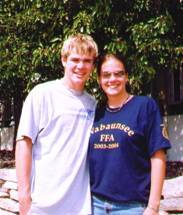 As I finish up this poem, let me leave you with this prayer
That God will watch over you and keep you in His care.


With all our love, 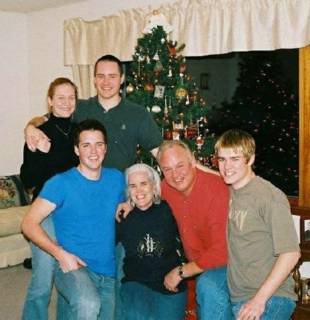 Posted by Eileen Umbehr at 1:27 PM