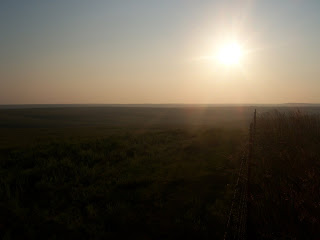 “The wise woman builds her house, but with her own hands the foolish one tears hers down.” ~ Proverbs 14:1 (NIV)

The title of this week’s column sounds like the name of a made-for-television movie. But when I say, “Deadly Expectations,” I’m referring to the expectations individuals have for one another. Not just in marriage or partner relationships, but children to parents, parents to children and friends to friends.

In Catherine Marshall’s book, Something More, she shares a letter she received from an eighteen-year-old girl who was raised in a hypercritical family. “The critical faculties my parents gave me,” she wrote, “have made me more demanding than I should be, given me standards that the real, flawed world can’t live up to . . . .”

I have learned (over and over again) that placing unrealistic expectations on another person is one of the most dangerous mistakes any of us can make. Why? Because when we do, we set ourselves up for disappointment and the other person up for failure. Furthermore, once you verbalize your expectation, it makes it hard to back off or compromise. You have spoken! And you want to be heard and respected! “Yes, Master. Your wish is my command.” The only response you want to hear when you say “Jump” is “How high?” But since most of us aren’t in a master-servant relationship with our spouses, partners, parents, children or friends, none of the participants in these various relationships should be expected to meet our expectations without question or input from them.

The problem with expectations is that they are usually presented in the form of a mandate or edict, rather than a request or suggestion. This is a recipe for disaster. How do I know? Because I’ve made this mistake many times myself. I decide that I’ve been put out or put upon long enough and now it’s my turn to demand that a few things go my way. However, when the person you’re dealing with (a/k/a your victim) decides to “rebel” or refuses to “cooperate” with your demands, you become ripe for developing a serious case of bitterness, resentment and anger. From there, you usually end up on Self-Pity Drive which is really not a Drive at all but rather a DEAD END – and you are left sitting all alone on your self-made throne with no loyal subjects in sight.

At this point in your failed attempt to rule the world (and everyone in it), you may be tempted to issue an ultimatum: “Do what I say – or else!” However, once someone lays down the gauntlet and tells everyone within earshot how it’s going to be, it becomes extremely difficult for them to swallow their pride and take it all back. What I’m trying to say is that it is much better not to lay down the gauntlet in the first place. To make compliance with your wishes a litmus test for love is just wrong. “If you love me, you’ll do what I say,” is NOT love because it doesn’t leave any room for individuality or difference of opinion or personal freedom. Your opinion and your feelings are not the alpha and the omega – the beginning and the end. If you’re in a relationship with another person, your feelings are only part of the equation. You also have to consider how the other person feels and allow them the freedom to react to your announcement. That’s where the art of compromise comes into play.

“Starting a quarrel is like breaching a dam; so drop the matter before a dispute breaks out.” ~ Proverbs 17:14

I’ve said it before and I’ll say it again: I think it’s important for both parties in a relationship to express how they feel, but you have to keep in mind that the other person is under no obligation (whatsoever) to agree with you or comply with your request. And if you’re going to get mad at or shun everyone who disagrees with you, then you’re going to end up with a very small circle of friends.

Meet in the Middle ~ recorded by Diamond Rio
Posted by Eileen Umbehr at 12:07 PM