“This is what the Lord says: I have heard your prayer and seen your tears; I will heal you.” ~ II Kings 20:5

Last night I watched a show about a woman who survived a brutal rape after being strangled and left for dead. She had this advice for other victims:

"The anger and bitterness will come and you have to feel that to heal from it. But just don't let it destroy your life."

I thought that was a very balanced way of looking at it. On one hand, you can't run from that pain. It's like you have to embrace it before you can move past it. As I’ve shared before, pretending about anything doesn't take you anywhere but to another pretend place. On the other hand, you can't let feelings of anger and bitterness absorb you, or they will ultimately drain you of all joy and keep you from living your life fully.

At the end of the show, the woman quoted Ernest Hemingway when he said:

"The world breaks everyone, and afterward many are stronger at the broken places."

This morning I received a column, Dispatches from Kansas, by my friend Tom Parker. I wrote a blurb for the back on Tom’s book by the same title. Tom writes about nature, bird watching, and life. If you think I’m open about the things I share, you should read some of Tom’s work. He is gutsy and real in his writings. 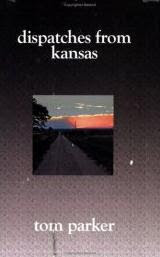 After reading Tom’s latest column about a recent trip to Colorado for a wedding and a visit with his now grown sons and their families, I decided to ask his permission to share a portion of it, and he obliged me. The entire column can be found on Tom’s blog at: http://dispatchesfromkansas.blogspot.com.

This is an excerpt:

“On the way [to Colorado], Lori told a friend who was catching a ride with us of the time when our younger son, Benjamin, tried to kill me. I was logy from lack of sleep and wearily focusing on driving and the passing scenery, and surprised, too, when she inched further into the sad tale with details I had tried to forget. It was not a story she shares willingly and yet here she was enumerating the methodical dismemberment of our home and the sundering instant when I opened the garage door and felt the rifle butt slam into my face.”

After spending time with both of his sons, Tom reflected on their visit:

“For the first time in many years I could look at Benjamin and not feel repulsed. Among his many tattoos was a new one in memory of his grandfather and namesake. He showed it to me and I did not flinch . . . There were only the memories sloughing off, and something like forgiveness and the willingness to once again become vulnerable.”

Maybe you or I have never endured or survived anything as traumatic as this, but most of us can relate to the emotions expressed and the insights gained. That’s the thing about writers; they share what most people feel but would never dare say. I appreciate Tom’s honesty and thank him for allowing me to share it with all of you.

“Things I would not tell anyone, I tell the public.”

~ Michel de Montaigne
Posted by Eileen Umbehr at 8:02 AM