I will remember you
Will you remember me?
Don’t let your life pass you by
Weep not for the memories

I Will Remember You ~ recorded by Sarah McLachlan

On March 23, 2005, my life changed forever. I was working on book revisions at our house in Manhattan when I heard the doorbell ring. “I’ll ignore it,” I thought. Then I heard knocking on the back door. Perhaps it was our next door neighbor. “Who is it?” I asked. The voice on the other side of the door answered: “It’s Keen.” I wondered what he was doing in Manhattan when I had just talked to him on the phone two hours earlier.

When I opened the door I saw a look on his face that I hope to never see again. Following right behind Keen was our son Kirk and his friend, Sam, wearing the same somber look on their faces. My mind began racing through all the dreaded possibilities as I struggled to imagine what horrible thing happened that they had to tell me face-to-face.

“It’s your sister, Patricia,” Keen said. “She was swimming in the ocean in Mexico….They tried to save her but there was nothing they could do. I’m so sorry.”

The awful news was more than I could bear to hear, comprehend, process or accept. I sobbed. Keen hugged me. I hugged Kirk. After the initial shock wore off, Keen helped me gather up my things so he could drive me home and Kirk and Sam drove the other car back to Alma.

The next couple of days are a blur. The only thing I could focus on was going through photo albums and pulling out pictures of Patricia. Then I scanned them into the computer and called Gordon Schmid from Council Grove to see if he could help me create a DVD. Unfortunately, he wasn’t available. But with the help of God and my son, Kirk, we figured out how to use a basic DVD program that came with my computer. The result was a collection of pictures of Patricia which played to the music of Sarah McLachlan’s song, “I Will Remember You.”

As anyone who has ever lost a loved one knows, the grief is unbearable – whether the death is sudden, like Patricia’s, or the result of a prolonged illness, like my mother’s. Either way, you never really “get over” the void left by their absence. Our family will never be the same.

Patricia and her partner, Nikki, along with several other friends, were vacationing at the Pueblo Bonito Resort in Mazatlan, Mexico, when Patricia was stricken with what we now know was a brain aneurism. She had been complaining of headaches for several weeks, but apparently her doctor didn’t think there was any cause for concern.

Patricia was an avid photographer who especially enjoyed capturing the beauty of nature. The night before she died, Patricia took the most beautiful picture of the sunset over Mazatlan, which she later downloaded to her computer and titled, “What I came for.” That night, she and Nikki and all their friends sat around and talked and laughed for two solid hours. Afterwards, the conversation turned more reflective and several people around the table told Patricia how much she meant to them and what a difference she had made in their life.

Here is Nikki’s explanation of what happened on the following day:

“Caroline, Bev and Patricia were playing in the surf...moments before she slipped into the sea Patricia laughed and said—“Isn´t it amazing how being in the water makes us feel like little children again?” Patricia was full of joy at that moment – bouncing in the waves and laughing with her friends. They laughed and played in the waves for a long time. Bev and Caroline turned away for only seconds and when they turned back Patricia was floating on her back. They thought she was playing--Patricia liked to float. Then a wave turned her over and they realized she wasn’t playing. They carried her to the beach calling for help but there was nothing that could be done. The doctor said Patricia died quickly without suffering of a brain aneurism. It is so hard to believe that someone could be so full of life one moment and gone in the next breath. . . .”

Nikki later told us that several people on the beach gathered around Patricia to pray for her, along with a “woman in white” who had a calming presence and who comforted Patricia’s anxious friends. Then the woman said to Nikki: “You have to let go; she’s gone to be with God now. All you can do is pray.”

Grief is such a painful and difficult emotion. Two days after Patricia died Keen made supper and set the table for four since Kirk’s girlfriend, Loretta, was joining us. When I came to the table, I couldn’t even look at the food, much less eat it. “You’ll have to excuse me,” I said. “I don’t think I’ll be very good company tonight.”

When I went to our bedroom and closed the door, I could hear the conversation and even laughter coming from the kitchen. Then I heard the television playing. It didn’t seem right that I was drowning in grief and they were carrying on as if nothing happened. So I called my sister Connie and we cried together. Connie is an RN who works in hospice care, so she has had a lot of experience with death and dying. “How can they eat? How can they laugh? Don’t they know my sister died? Show some respect!”

“I know, I know. It hurts,” Connie replied in a soft, soothing voice – almost a whisper. “But thank God you can cry, because you need to cry. You need to get it out.”

"If you suppress grief too much it can well redouble." –Moliere

Then Connie played the most beautiful, comforting song for me over the phone. The song is titled, “With Hope.” It was written and recorded by Steven Curtis Chapman.

“Now also we would not have you ignorant, brethren, about those who fall asleep [in death], that you may not grieve [for them], as the rest do who have no hope [beyond the grave]. For since we believe that Jesus died and rose again, even so God will also bring with Him through Jesus those who have fallen asleep [in death].”
~ I Thessalonians 4:13,14 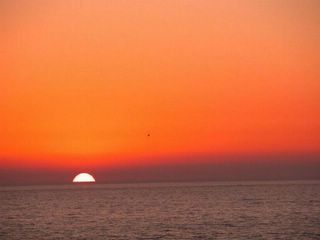