Welcome home, son His loving arms held open and his heart so full of love Welcome home, son I've been praying and been hoping and I never did give up I knew that you'd return to me The place where you were meant to be Rest now, for you've been gone too long I heard him say as they embraced "I've waited so long for this day My son, my very own...Welcome home"
Welcome Home ~ recorded by Dolly Parton

There was an interesting article by Karen Ann Bland in this month’s edition of Kansas Country Living. Ms. Rand reported on the dedication ceremony of the Kansas Veterans’ Cemetery in WaKeeney, Kansas – one of four such cemeteries being built across the state to provide burial grounds for veterans and their families.

U.S. Rep. Jerry Moran spoke to more than 300 people who attended the ceremony and challenged them to ask themselves on Veterans Day, “Are our reasons for living as great as theirs were for dying?” Rep. Moran went on to talk about his trip to France earlier this year for the 60th anniversary of the Normandy invasion and D-Day. “I stood on the sands of the Normandy beaches; saw the waves lapping on the shore, the cliffs ahead. I tried to imagine what it must have been like for those young men, so many years ago, to disembark from their ships and charge out across the sand. For those who saw the dream, today we see the reality.”

I’d like to dedicate this column to all the veterans who sacrificed so much for the cause of freedom in America. I’d also like to pay tribute to the members of my own family who have served in the Armed Forces. My father, Joseph Van Kirk, who fought in World War II, my brother-in-law, Art Reese who fought in Viet Nam (both with the United States Army) and our son, Jared Joseph, who enlisted in the Navy after 9-11. Jared is in Special Forces and is currently serving in Southeast Asia. 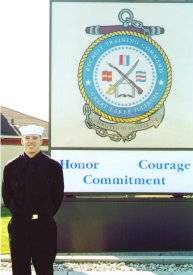 This son
(For Jared)

Welcoming your brothers
One, two and three
Always the peacemaker
When they’d disagree

Amazed by your wisdom
And your sense of fairness, too
We marveled at the gifts
God had bestowed on you

Now that you’re overseas
This is my constant prayer
“Lord, please keep this son of ours
Ever in Your care.”

I sat in my seat of the Boeing 767 waiting for everyone to hurry and stow their carry-ons and grab a seat so we could start what I was sure would be a long, uneventful flight home. With the huge capacity and slow-moving people taking their time to stuff luggage far too big for the overhead and never paying much attention to holding up the growing line behind them, I simply shook my head. This flight was not starting out very well.

I was anxious to get home to see my loved ones so I was focused on "my" issues and just felt like standing up and yelling at these clowns to get their act together. I knew I couldn't say a word so I just thumbed through the "Sky Mall" magazine from the seat pocket in front of me.

With everyone finally seated, we just waited and waited with the cabin door open and no one in any hurry to get us going – even though we were well past the scheduled take off time. No wonder the airline industry is in trouble, I told myself. Just then, the attendant came on the intercom to inform us all that we were being delayed. The entire plane let out a collective groan. She continued speaking. "We are holding the aircraft for some very special people who are on their way to the plane. The delay shouldn't be more than 5 minutes.”

The word came after we had already waited six times as long to finally be on our way home. Who were these “special people?” Why all the hoopla over these folks? I was expecting some celebrity or sport figure to be the reason for the hold up.....Just get their butts in a seat and let’s hit the gas, I thought.

The attendant came back on the speaker to announce in a loud and excited voice that we were being joined by several U. S. Marines returning home from Iraq. Just as they walked on board, the entire plane erupted into applause. The men were taken by surprise by the 340 people cheering for them as they searched for their seats. Everyone within an arm's distance of them shook their hands or touched them as they passed down the aisle. One elderly woman kissed the hand of one of the Marines as he passed by. The applause, whistles and cheering didn't stop for a long time.

When we were finally airborne, I was not the only civilian checking his conscience about the way I had reacted to the delays in getting “me” home to my family, my easy chair, a cold beverage and the remote control. These men had sacrificed so much for all of us and I had been complaining silently about me and my issues. I took for granted the everyday freedoms I enjoy and the conveniences of the American way of life. I took for granted the price that had been paid by those heroes who were going home to their loved ones.

I attempted to get my selfish outlook back in order. Minutes before we landed I got the attendant’s attention and suggested that she ask everyone to remain in their seats until our heroes were allowed to gather their things and be the first off the plane. The cheers and applause continued until the last Marine stepped off the plane.

I felt proud of them. It was an honor and a privilege to be among the first to welcome them home and to say “Thank you for a job well done.”

I vowed that I will never forget that flight nor the lessons learned. I can't say it enough, THANK YOU to those Veterans and active servicemen and women who may read this.

I hope to hear God sayin’
when it's my time to go Welcome home While the angel band is playin'
and God comes to claim my soul The angels will be singing
and joy bells will be ringing Rejoicing, I'll shout and sing along
When there are no more wars to fight And we're all children of the light When the Father and the Son say "Welcome home!" 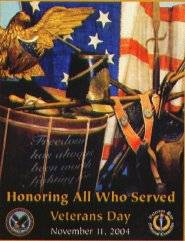